Are you spending your commute well?

Do you check work emails on the commute? Chances are you’re more stressed out than average.

We conducted a survey of commuters to find out just how many of us are checking and responding to our work emails while on the way to and from work. As it turns out, the majority of us get cracking with our work duties before even stepping into the office, with 76% admitting to checking email while using public transport - and feeling more stressed because of it.

Their reasons for checking emails during their commute was largely because respondents wanted to get a head start on their busy days (68%), while 7% said that they were too busy to answer emails once they got to work. 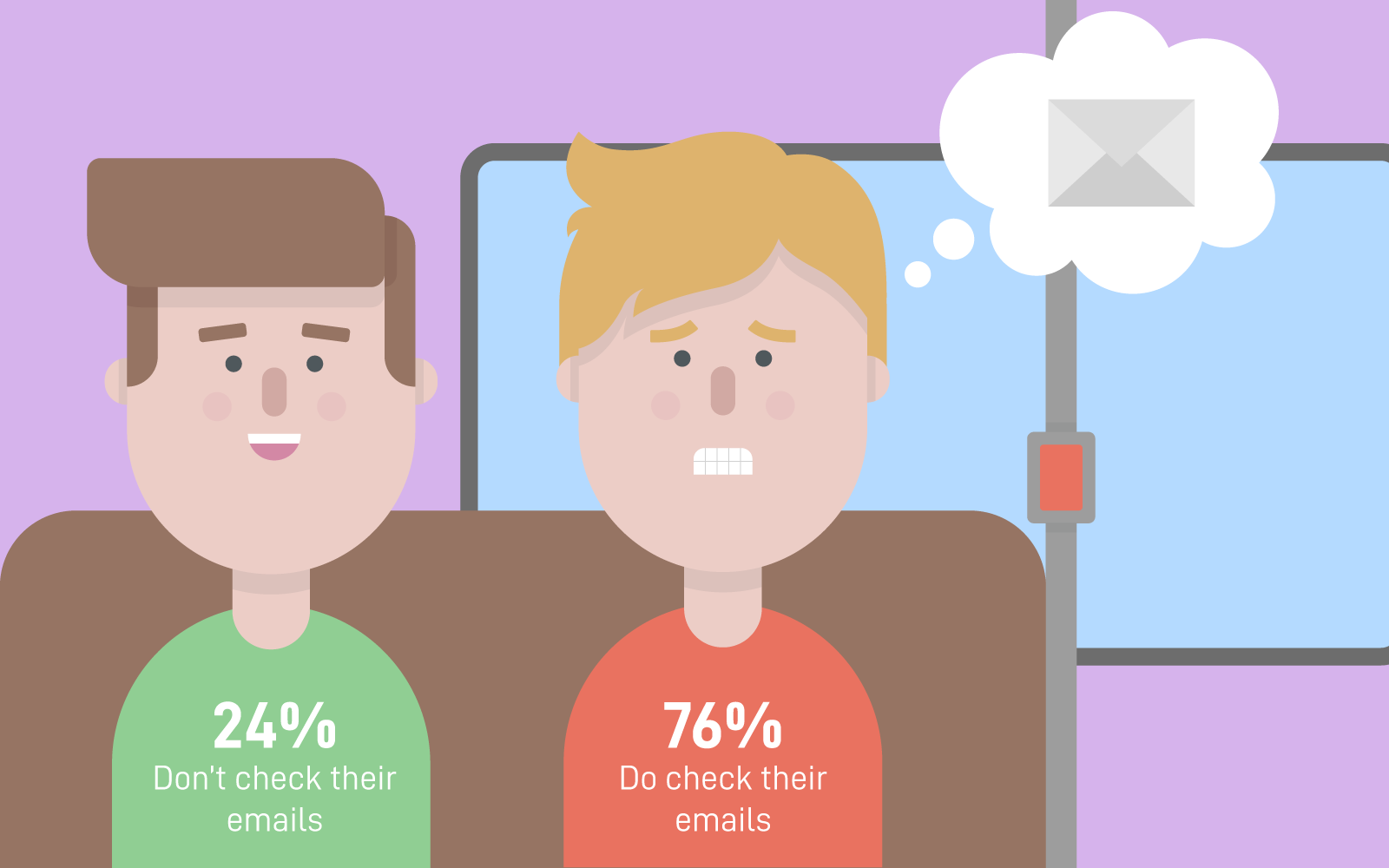 However, nearly a quarter of respondents (23%) said that this activity was expected of them, rather than a personal choice. This finding reflects the worrying work culture which has come to prominence in recent years, with many professionals facing burnout because of their constant connection to their workplaces via their phones and digital devices. 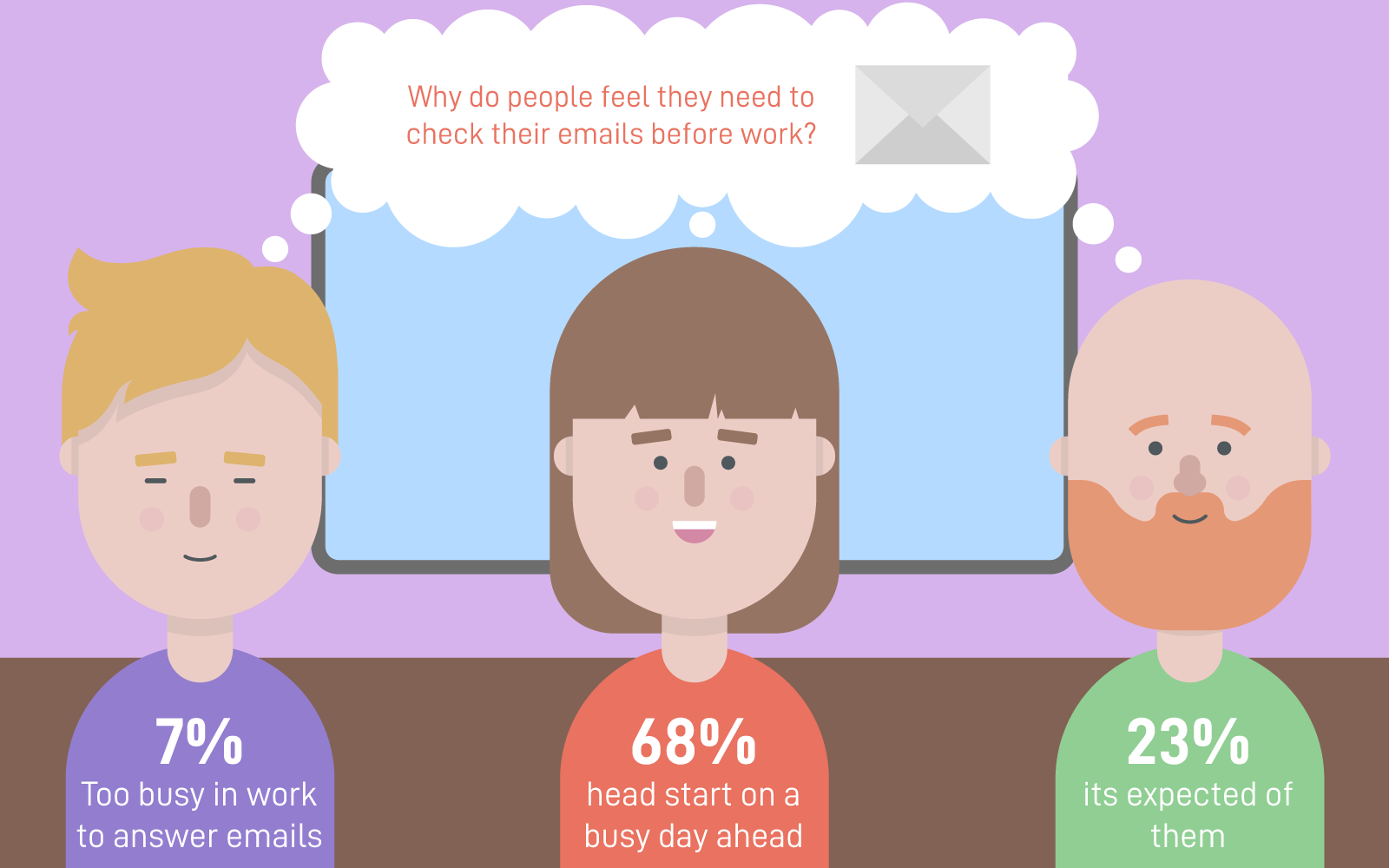 This constant connection has been proving to be a problem the world over, with the French government outright banning work emailing after 6pm and similar legislation is being considered in other places like New York.

Instead of responding to work emails, most commuters listened to music (54%), read (21%) or simply did nothing (21%). Others surveyed listed writing (13%) and sleeping (4%) as their top activities, as well. 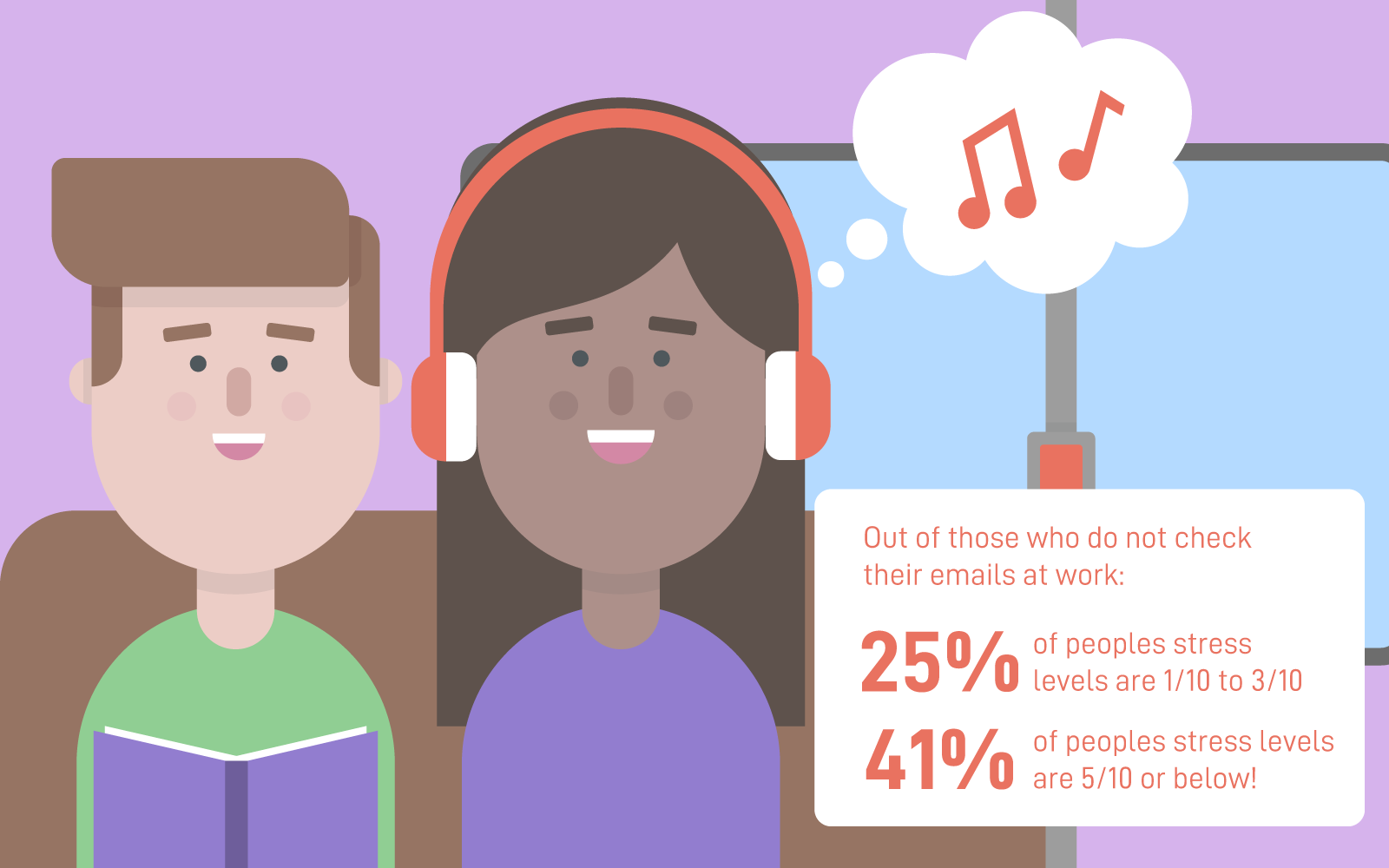 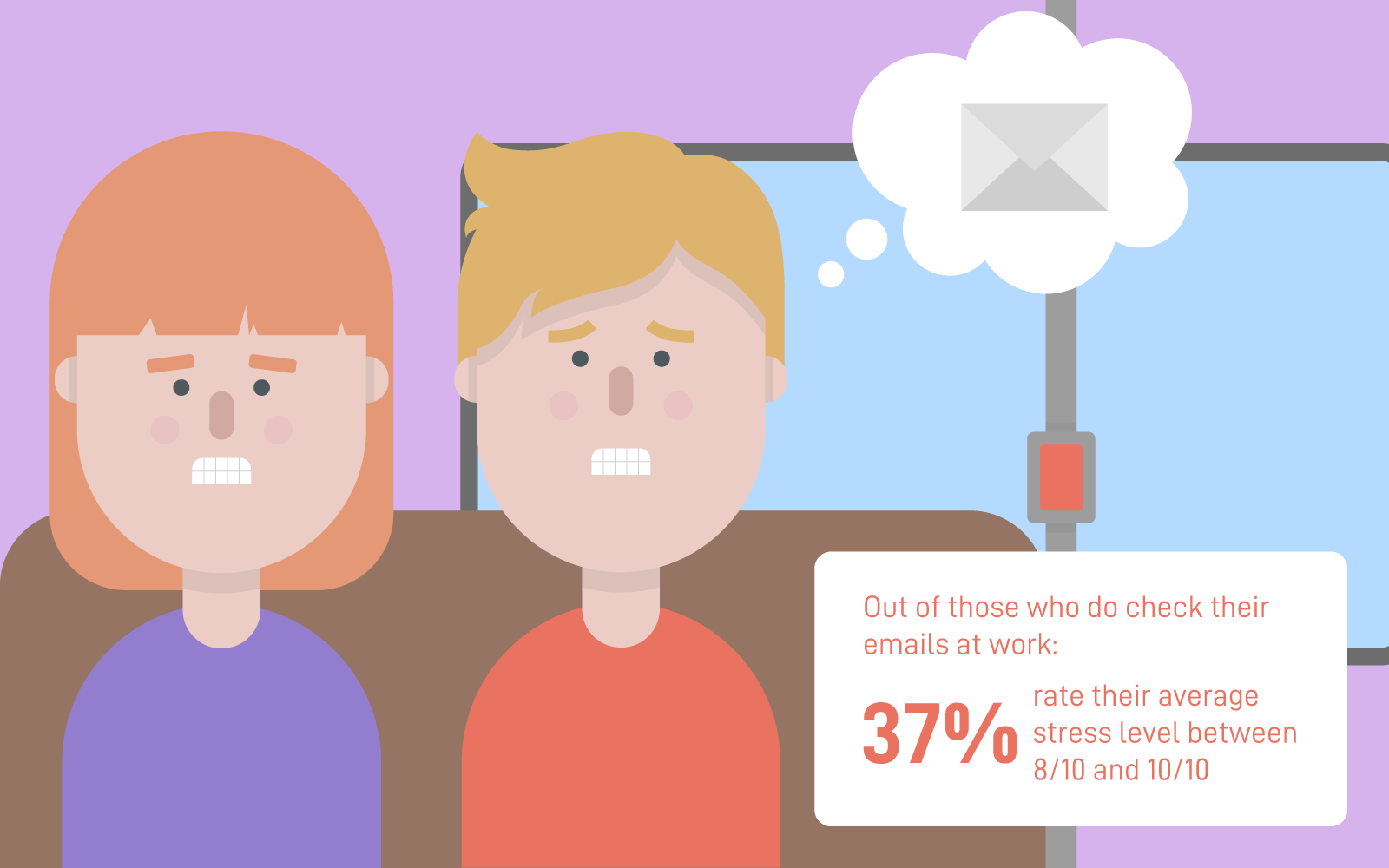 Instead of responding to work emails, most commuters listened to music (54%), read (21%) or simply did nothing (21%). Others surveyed listed writing (13%) and sleeping (4%) as their top activities, as well. 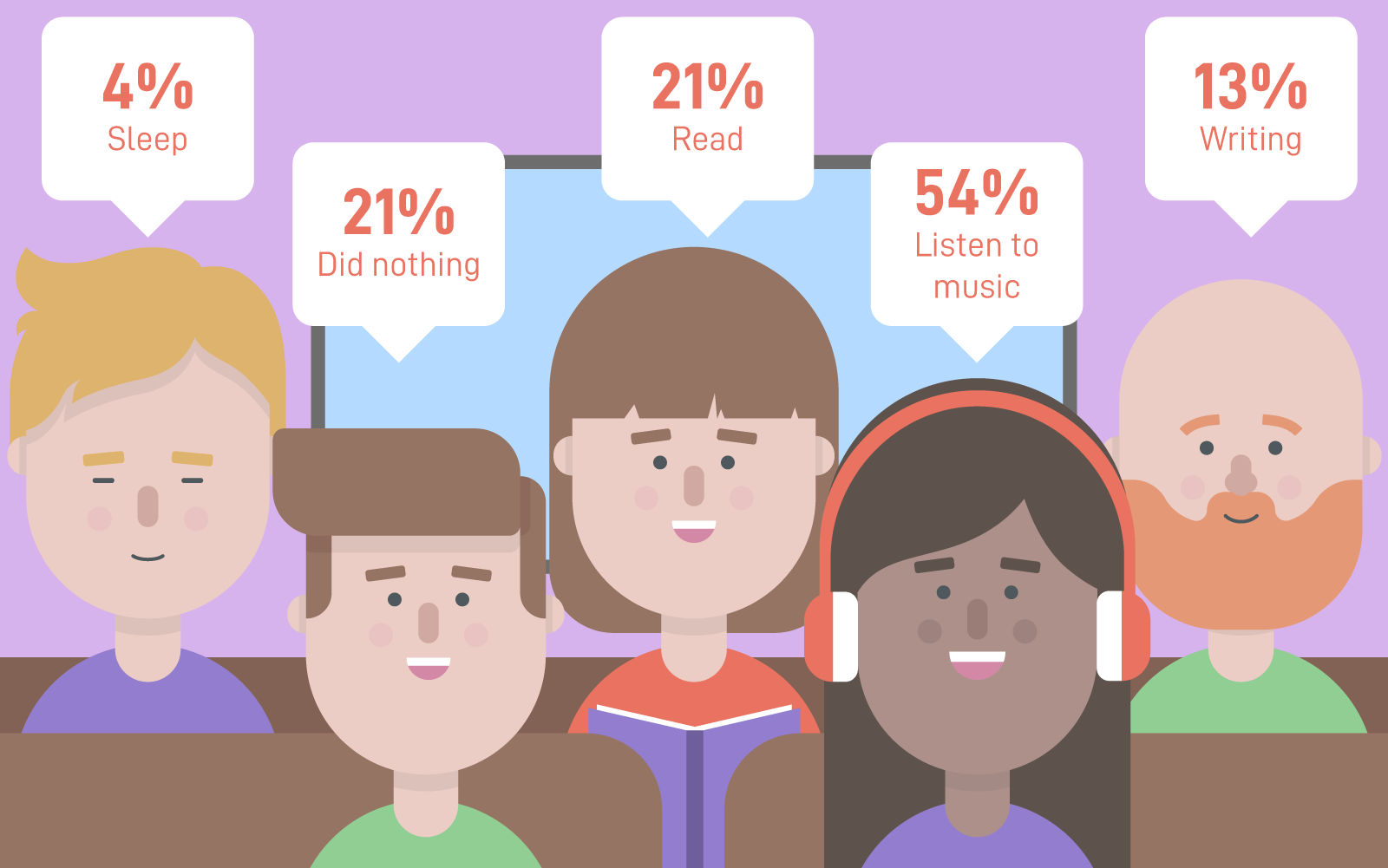 Lorraine from My Own Stationery commented, “It’s concerning to see that most of us don’t take the time to ready ourselves for the day ahead, or decompress after eight hours of work. For a better work life balance, we at My Own Stationery might suggest that commuters swap emails for something more relaxing than more work.

“For example, reading a book or listening to music can help you to relax and recharge. As well, many people say that writing in a notebook, or making lists can help them to manage their work-life balance better.”

In fact, according to previous research we have conducted by My Own Stationery, most creative professionals feel more productive and creative when relaxing, rather than pushing through times of burnout. By taking time to decompress, particularly after work, we should be better prepared for new tasks the following day, rather than arriving at the office still haggard from all the mental energy we expended before.

Commuting to work is already a stressful activity, particularly if your journey takes longer than 90 minutes, so if you are able to, use the time to chill out instead of do more work. By avoiding the burnout that comes with constant connection, you should see a lift in both your general mood and your productivity.

Create customised covers for your hardback notebooks with My Own Stationery. Our hardback notebooks are available in casebound or wirebound, A4 & A5 sizes, with 8mm lined or blank pages and a high-gloss finish. Create your own unique cover by uploading your completed design, or design your front and back covers using our online design builder.

Our customisable cover softback notebooks are available in wirebound style, with a choice of sizes, number of pages, and either high-quality lined or blank paper. Depending on the type of book you choose, you have the option to upload your professional design or custom design the front & back cover in our online design builder.