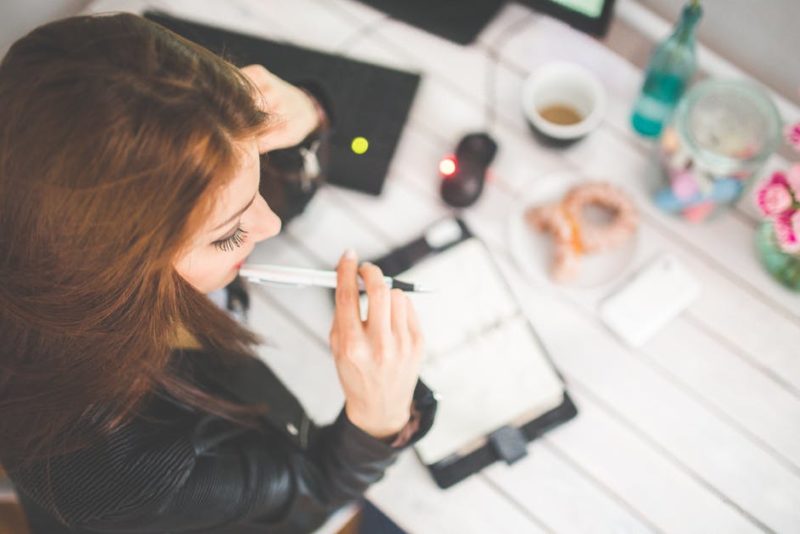 New research has proven that pen and paper is still the best way to take notes.

Online personalised notebook retailer My Own Stationery surveyed 102 people to find out whether it was more common for people to use the traditional notebook and pen to take notes in meetings and lecture theatres, or one of the many devices which are available to us in 2018.

What they found out was that the overwhelming majority of us favour the classics, with 80.4% taking notes on paper, and only 19.6% using digital devices.

When respondents were asked follow-up questions to their note taking choices, it quickly became apparent just why more people were relying on their notebooks over their laptops.

95.3% of those who took notes in lectures or meetings by hand understood “most” to “all” of those notes later, but only 85% of digital note takers felt the same.

In fact, 15% of those who took notes on phones, tablets and laptops could only understand “some” of their notes upon reflection. This accounted for just 3.7% of those who used pen and paper.

The science behind these findings adds up, too. Research has proven that the movements involved when handwriting “leave a motor memory in the sensorimotor part of the brain”, helping the person establish a better connection to the content and therefore understand it better later. The researchers also believe that we also better remember handwritten notes because it simply takes longer.

Why we still take digital notes

The survey also revealed just why those who take notes digitally do so. The majority (30%) found that typing was easier or faster than handwriting, which is obviously an issue in light of the temporal aspect of memory retention, and 25% preferred it because it’s easier to read and search through later. This is particularly interesting given that digital notetakers don’t understand their notes as well as those who use paper later, and perhaps illustrates the fact that typed notes are indeed easier to read because they are uniform. This being said, it’s unlikely visual clarity is more important than personal understanding - even the messiest notes can be helpful if their owner knows how to read them.

Digital note takers also revealed the demands of the modern workplace and classroom. 20% of respondents confessed to using a laptop or tablet because they needed other aspects of their devices during note taking, alluding to the multitasking nature of their work. This is concerning as it has been proven that flipping between tasks causes higher stress levels, as a result of a cognitive overload, and that it can actually reduce productivity by a whopping 40%.

Perhaps, then, that doing less would actually have more of an impact if employees and students were able to concentrate on either listening and jotting down notes, rather than swapping between tasks and mindframes.

When it came to traditional notetakers, they preferred their method because they found handwriting easier (34.2%), while 23.2% felt they could engage better with the content, and 20.7% did so because they remembered their notes better this way.

Only 15.9% liked notebooks better so that they could draw diagrams alongside their notes, and a small percentage (2.4%) preferred paper because it was quieter than a keyboard.

Regardless of why they preferred them though, it is abundantly clear that the traditional note takers are in the right when it comes to how we should be taking notes. Science has proven time after time the benefits of good, old-fashioned pens and paper, and My Own Stationery has only confirmed just how important it is to leave your laptop for another time.

And when personal stationery is as good looking and customisable as it is, how much more convincing could you need?

Use our online designer to create your own branded hardback notebooks with My Own Stationery. A4 & A5 sizes and multiple templates are available with 8mm lined pages.

Customise & brand your own A4 refill pads using our online designer at My Own Stationery. Made with with quality paper to elevate your brand. Try it today!

Choose from our range of sizes of twinwire books, from A4 to A6. Each book is made with high-quality paper with 160 pages (80 sheets). You have the choice between 8mm lined or blank pages. Hardback Twinwires have customisable front and back covers, made with a 1.6mm hardcover. Gloss Twinwire books are made from Maxi Satin 350gsm softer paper gloss material and have the option to personalise the front cover only, the back cover is unpersonalised with a 0.9mm plain board.